March has been super busy, filled with work-based travel and a little bit of sightseeing. I’m not sure if having so much travel stuffed into one month was such a good idea, but that’s what happened. Most of the travel was around the UK, but there was also a surprise invite to Norway.

The people and places I went to visit were all worthwhile, but overall march was exhausting!

First up was the surprise trip to Norway that I mentioned. 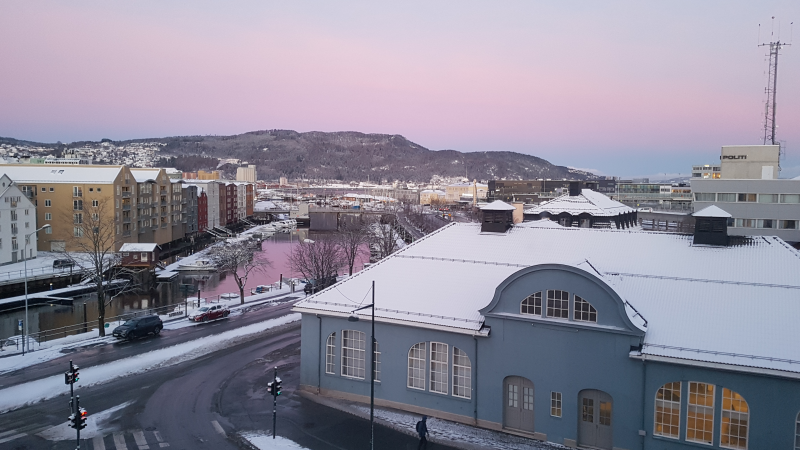 Michael (my boss) emailed me to ask if I’d like to go to a workshop that he’d been invited to but couldn’t attend. The workshop looked interesting and it was in Trondheim, which I’d never been to before, so off I went to the first International Workshop on Autonomous System Safety – an invite-only workshop for autonomous systems experts.

I say ‘off I went’, but it wasn’t actually that easy. My first flight was delayed, so I spent a lot longer in Schiphol airport than I had intended. The saving grace being that I got to try Poffertjes (very tasty, small, round, fluffy pancakes) for the first time.

My second flight was also delayed, so I didn’t arrive in Trondheim until early the next morning. To cut a long story short, on the day that I travelled I was awake for about 22 hours, which caused a bit of a dint in my concentration for the first day of the workshop!

The first day of the workshop was presentations, and the next two days were group discussion sessions and feedback. There was a nice mix of people; a lot of the attendees were involved in risk assessment and management, but there were also industry developers of autonomous systems, and academics studying ethical and governance issues related to autonomous systems. I felt a little out of place at times, because I knew I wasn’t the person the organisers had invited (and I certainly don’t feel like an autonomous systems expert ). But the smaller group discussion sessions went a little more smoothly.

The discussion groups aimed to allowed the interested attendees to pick apart autonomous systems in a particular context. I was in the group looking at verification, since that’s what I do. It was nice that there was another person in the group who had experience of Formal Methods, but I feel that more could be done to try and merge these two groups of researchers.

The notes and presentations from the discussion groups are being collated and should soon be published as a workshop proceedings. There’s also the chance to submit a short, academic paper to the proceedings, which the organisers of IWASS are considering trying to get published in a journal. I’m trying to find the time to write up a paper to send in to them. Even if it doesn’t get published, it’ll be in the proceedings and might help to explain the benefits of current Formal Methods to the risk assessment and industrial communities, when it comes to building autonomous systems.

Finally, I got to do a little bit of sightseeing. In the half-day after the workshop had finished I got to have a look around Trondheim in the snow, which was lovely. 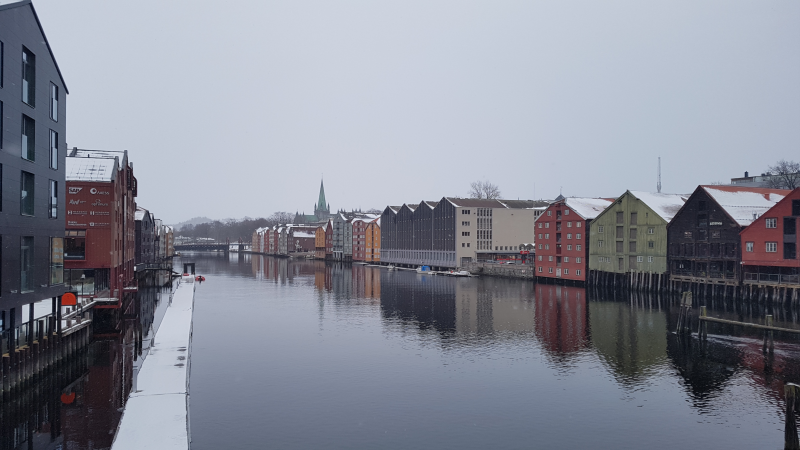 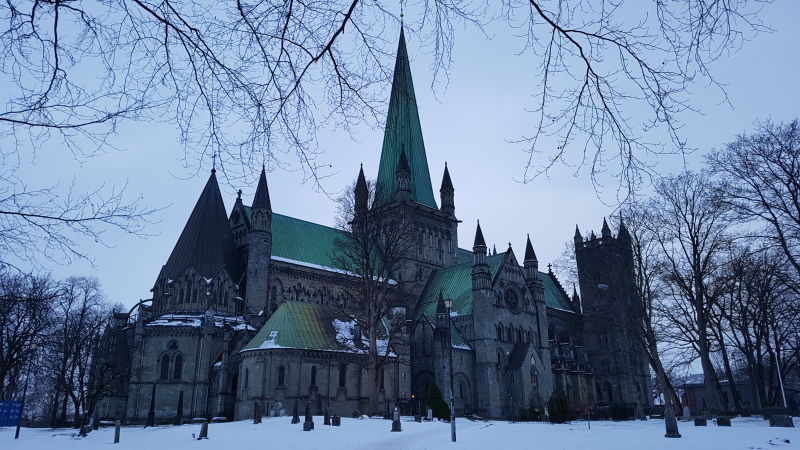 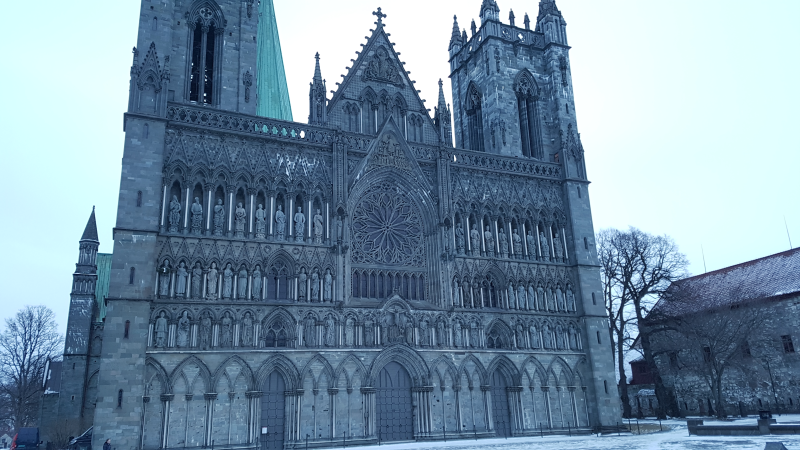 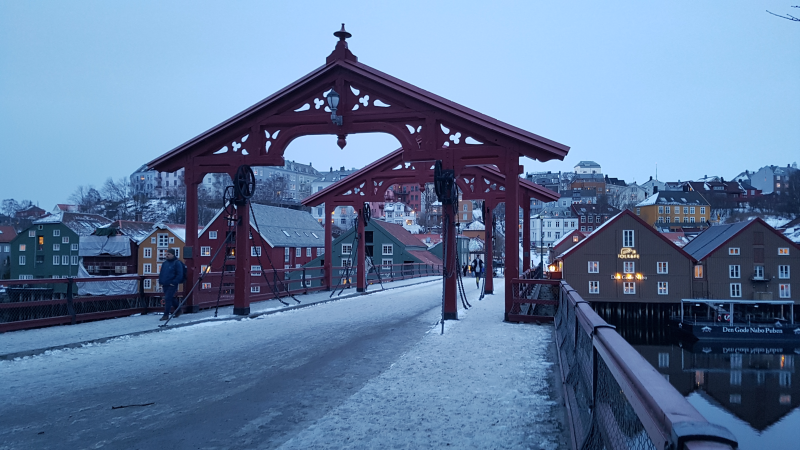 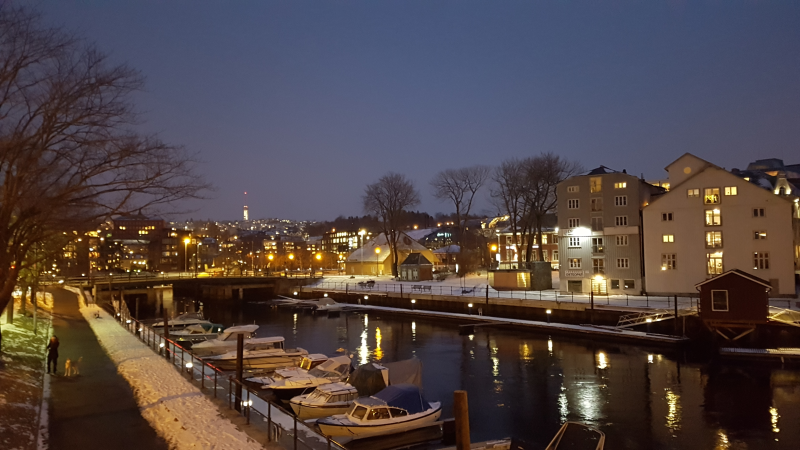 Next up in Mega March was a return to York, where I lived during my Master’s degree and PhD years. Me and several other members of our lab went to a Spring School (like a Summer school, but in Spring) for the CyPhyAssure project. The School was for academics involved in computer-aided assurance of Cyber-Physical Systems (basically a software system that has a effect on the real-world, via some hardware).

We all went along to hear people talking about assurance, robotics, and formal methods. Also, Marie and I were presenting a tutorial of our soon-to-be-published survey of Formal Methods currently being used to tackle robotic autonomous systems – the draft version of which is available on arXiv and if you’d like to look at the slides of our tutorial, you can download them here: .

First, it was fantastic to be back in York, even though it was (predictably for York) flooded! 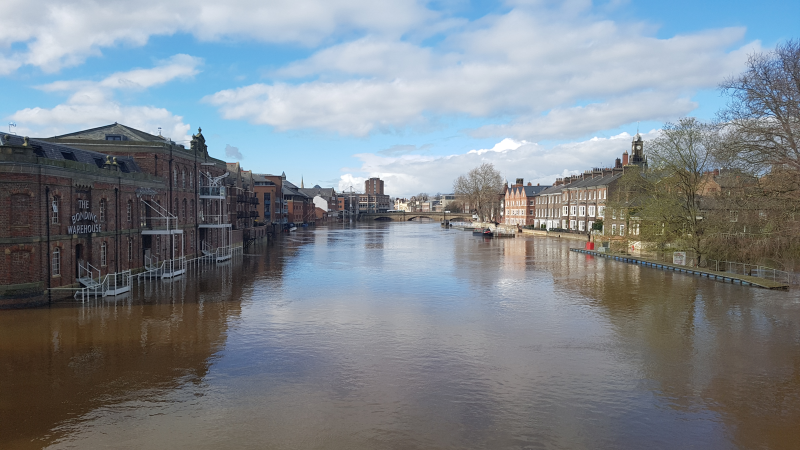 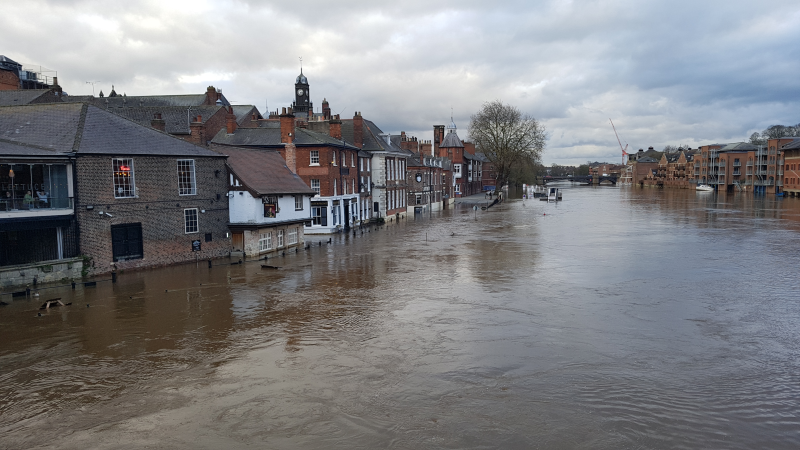 Second, it was really nice to be back in the my old Department. I spent so much time in the Computer Science Department at York, so being back was a trip down memory lane. I also got to show my lab-mates my old campus and the city I used to live in. I’d made quite a long list of nice pubs to show them – obviously, once the day of talks was done.

The Spring School was really interesting, mainly populated by academics but with some industry representatives too. It was nice to see industrial interest in using Formal Method for verification. I sometimes still see them disregarded as too expensive to use. Our tutorial was well received too, and led to some good conversations afterwards.

At the start of the week that I was in York I’d started to feel really ill. I was waking up several times during the time night shiveringly cold or boiling hot, my throat was swollen and sore (eating hurt), and I sometimes had to wear a jumper indoors (which my lab-mates could see wasn’t normal for me!)

Eventually, I had to give up on the Spring School. I came home, went to see my GP, and spent a few days resting and eating penicillin.

The start of the last week in March was spent nipping to Manchester for an all-day meeting for the RAIN project. Given that it lasted for the whole day, it was a very good thing that the antibiotics had started to kick in and I was beginning to feel better.

The meeting was for the people in each different part of the project to present quick updates of what they’re doing. The updates were very quick this time, so the meeting was nice and short.

Swanning off to Swansea

The final stop in my March meanderings was (actually) sunny Swansea to see an old friend, who was working there. 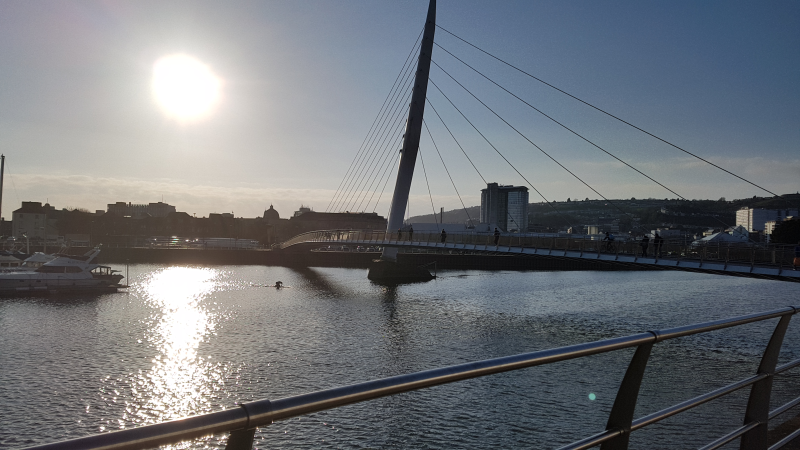 We did our PhDs at York at the same time and organised a PhD conference together. He’s another academic researcher, and works with robot swarms (large collections of relatively simple robots). So I went to see him to chat about robot swarms and catch up.

Swansea has recently had a new campus open, so it was interesting to see what they’d done with that. It reminded me a lot of the ‘new’ campus at York (Heslington East) but it has borrowed architecture from the early 1900s too.

While I was there I gave a talk about a paper that me and Marie wrote last year – the one that took me to Ireland. I’d already given this talk, to the Robotics and Autonomous Systems group at Liverpool, so I already had slides (which are available here: ). There was a detailed discussion afterwards, which seems to be a good indicator that people were listening, at least. 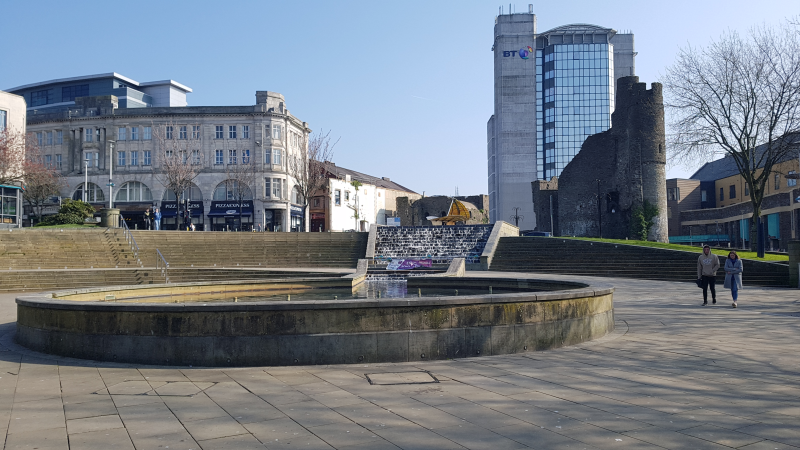 Few, I’m glad that March is over. It’s been busy and involved a lot of travel, so I’m glad to be back in one place for a while. 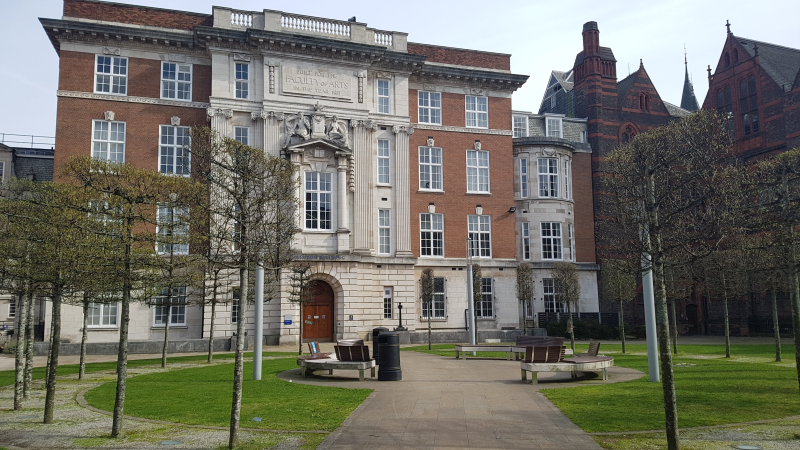 April will definitely be quieter, although it’s already starting to get booked up. One thing that is on the horizon is a safety cases workshop that I’m running in Manchester, which I’ll write about after it’s done.